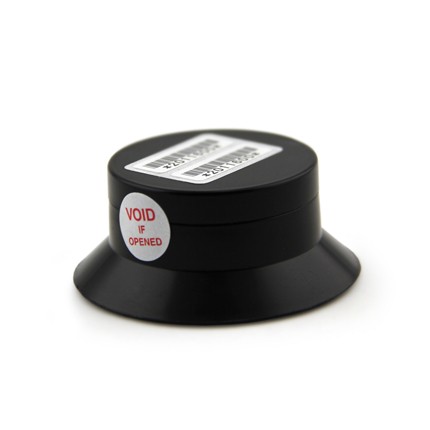 This kit includes a single device, instructions and laboratory analysis. The device must be exposed for 91 days to 12 months under normal living conditions.  Once your test period ends, you have to send back the dosimeter to the laboratory.  One pre-addressed return envelope is included in the kit (and you can ship up to 4 tests in the same envelope).

This kit includes a single device, instructions and laboratory analysis. The device must be exposed for 91 days to 12 months under normal living conditions.  Once your test period ends, you have to send back the dosimeter to the laboratory.  One pre-addressed return envelope is included in the kit (and you can ship up to 4 tests in the same envelope).  AccuStarCanada.com sells pre-paid return shipping labels to facilitate the return process.  If you buy the return shipping label at the same time as your dosimeter, you’ll receive a return envelope with pre-paid shipping ready to use with your dosimeter.  Visit our Return Shipping Label section.

The AccuStar AT-100 is an C-NRPP approved radon measurement device, listed under the device code # 8205 Class 24 AT REM AT-100 Alpha Track Detector.

The AT-100 Long Term Alpha Track Kit from AccuStar Labs was rated #1 by a leading national consumer advocacy group. According to the EPA and Health Canada, a long-term test is the best way to determine your exposure to Radon during different seasons and living conditions in your home. Closed house conditions are not necessary during a long term test.

The Alpha Track AT-100 radon monitor is a diffusion-based track detector originally designed in 1986. The current improved design filters out dust and radon progeny through a structural filter that is an integral part of the housing, resulting in increased sturdiness. The housing is injection moulded from electrically conducting plastic in order to minimize electrical charge effects from the positively charged radon progeny generated inside the detector. The hemispherical base is designed to maximize sensitivity and create a more uniform track distribution for better counting statistics.

The track detector foil inside the housing is from dosimetry-grade CR-39 cast for AccuStar Labs. The sheets of CR-39 are laser cut and engraved with a unique batch number. Each batch is calibrated and receives its own calibration factor. All sheets are also checked for background tracks.

Each detector is given a unique bar coded number and sealed inside a radon-tight pouch. The unique Nu-Clear pouch is transparent, which prevents any labeling errors from occurring.

AccuStar Labs remains the only laboratory in the United States to use electrochemical etching to process its alpha track foils which are subsequently counted with computer-aided image analysis equipment. This kind of system was found superior to chemically etched alpha track radon detectors in an article comparing radon detection methods by John Matuszek of the New York State Department of Health (J.M. Matuszek, et al., “Standardization of Radon Measurements”, Environmental International, December 1988).

All detector foils are counted using a computer-aided image analysis system. The automated equipment is quite reproducible; rereads of the same group of foils have a mean within 2% of the original mean and coefficient of variation of 5%. Large numbers of tracks can be counted, up to 10,000 tracks per foil, thus improving range and precision. The detector has an uncertainty of only 15% with a three-month 148 Bq/m³ (4 pCi/l) exposure. The lower limit of detection is 29.6 Bq/m³ (0.8 pCi/1) per month. AT-100 Specifications: